All Change for US Covers! 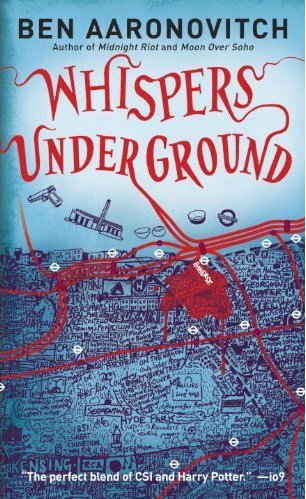 Del Rey have decided to release Whispers Under Ground with a new cover design and have informed me that future print runs of Midnight Riot and Moon Over Soho will have new covers as well.

As you can see from the image to the left the new covers is a bit familiar. These covers have been very successful and I can see whyn Del Rey have adopted them but there's a secret pulp part of my soul that could have done with a bare midrift, or a tattoo, or a moody pair looking into the middle distance with expressions that suggest they're contemplating their next tax return.

Now I just have to persuade some one to change all the covers on the Goodreads site.
Posted by Ben Aaronovitch

So us with the old covers in the US now have collectors items. I like the UK covers better anyway. The original US ones were a bit generic.

And I've still got a box full of them. Anyone with a pre-changeover Whispers ARC should bag it in lucite now.

I like the map-like covers. When I finish reading and I'm sadly wishing for more, I read all the tiny writing on the front. It's somehow fun. (And the other covers were a bit generic...)