Currently Reading: The Best Of All Possible Worlds 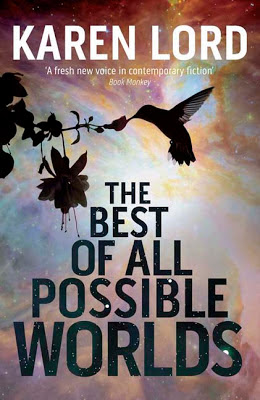 The Best of All Possible Worlds
By Karen Lord

The Sadiri were once the galaxy’s ruling élite, but now their home planet has been rendered unlivable and most of the population destroyed. The few groups living on other worlds are desperately short of Sadiri women, and their extinction is all but certain.


Civil servant Grace Delarua is assigned to work with Councillor Dllenahkh, a Sadiri, on his mission to visit distant communities, looking for possible mates. Delarua is impulsive, garrulous and fully immersed in the single life; Dllenahkh is controlled, taciturn and responsible for keeping his community together. They both have a lot to learn.
Posted by Ben Aaronovitch No comments:

I've decided to write a few blogs about films that I like. They're not reviews they're just the things that I like about a particular films. 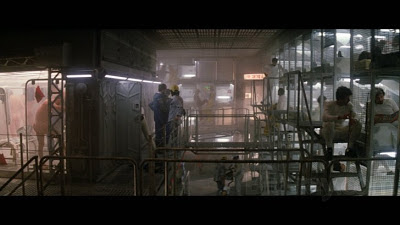 
O'NIEL
There's a whole machine that works because everybody does what they're supposed to. I found out I was supposed to be something I didn't like. That's what's in the program, that's my rotten little part in the rotten machine. I don't like it so I'm going to find out if they're right.

You can pick as many holes in this film as you like but the script and the performances are amongst the best of any I've ever watched. All the actors portray their characters in a low key, naturalistic manner. I'm particularly fond of Nicolas Barnes's portrayal of O'Niel's wonderfully unattractive son Paul. A lumpen blob of a boy who could only be loved by his parents and has been cursed with the pet name of Paulie. He, along with Kika Markham who plays O'Niel's pusillanimous wife, help demythologise Sean Connery to the point where we accept him as being an ordinary bloke who decides to do something extraordinary.

I've mentioned the script; watch how all the characters are differentiated not just by their performances but also in their dialogue. When Frances Sternhagen, as Dr Lazerus engages in witty banter with O'Niel note how that while she's equipped with a ready wit O'Niel's responses are stilted and clichéd. James B. Sikking's character, Montone, speaks in hesitant half sentences and questions - a man desperate to avoid committing himself. None of this is accidental and is one of the signs of a proper professional writer.

The art direction is another stand out. As O'Niel chases a suspect through the complex see how each area has been carefully thought out and made to look authentically functional. I particularly like the line of pipes where workers, dressed in their pressure suits, plug themselves in to recharge their air supply.