We're recording Blood and Soil today - the latest in B7's prequels it follows the adventures of one of Cally's predecessors in a time before the Auron came into conflict with the Federation.
Posted by Ben Aaronovitch 1 comment:

James Swallow stole an idea from someone else and I'm stealing it from him - although I have fewer last lines... (I had to include short stories to make up the numbers.)

Remembrance of the Daleks
'Perhaps,' said the Doctor. 'Time will tell - it always does.'

The Also People
But if Tsuro heard the clearing he made no sign and soon he was gone from sight.

Gone Fishing in Short Trips: Time Signiture
'One can but hope,' said the Doctor and began to work the controls.

The Evacuation of Bernice Summerfield Considered as a Short Film by Terry Gilliam in Missing Adventures
'No,' said Benny. 'I'm travelling on my own.'

Genius Loci
So I will keep this diary as my light in the darkness and I will live so that when I'm asked the question I can say, 'I don't know about the rest of it but, by the Goddess, I was loud and drunk.'
Posted by Ben Aaronovitch No comments: 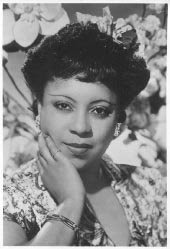 Today's deliberately cryptic post features Adelaide Hall who was born in Brooklyn but enjoyed an incredibly long and successful career in London. In my book a woman named after a lost river searches a steamer trunk for a 78 recording of Adelaide singing Duke Ellington's Creole Love Call - does she find it? We shall see.
Posted by Ben Aaronovitch No comments:

I'm looking at the last 26,000 to 30,000 words of the novel I'm writing. It's become a bit of a slog and I'm going through the phase where you think everything you write is shit but at least I think the bloody thing is going to be finished soon. Until then I will leave you with this to ponder; what do the Royal Opera House and the Prospect of Whitby Pub in Wapping have in common?
Posted by Ben Aaronovitch 4 comments: