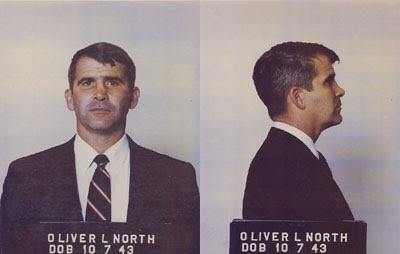 The programmes watched by my informant this month were; Castle. Hawaii 5.0. Unforgettable, The Mentalist, Prime Suspect, Person of Interest and Blue Bloods.
Against the Wall was dropped when she point blank refused to continue watching it.

For how the classifications work you can check this blog here.

There were no OBWs this month and only one Evil Brit.

Remember none of this 'research' conforms to even the most basic standards of empiricism and thus we are not even going to pretend to defend it.
Posted by Ben Aaronovitch No comments:

With a fine sense of timing my old computer gave up the ghost just one day short of me finishing the book. Relax; the work was all backed up but my contact list and email archives were not.

My priority is to deliver the book to my long suffering publishers once that is done I'll see about retreiving every thing else.

Only one of my email systems is working so I will not be replying to contacts through the folly for at least a week.

I apologise for any delays or problems this may create. I promise I will be fujlly plugged back into cyberspace by the end of the month.

I will be signing today at the Covent Garden Waterstones' mini-relaunch. It starts at six o'clock (18:00) and I'll be there until seven thirty (19:30).

Yes the 'not the Booker' is back and this time with a 100% more Aaronovitch. I've been put on the New Author shortlist but I don't rate my chances. What I'm hoping for is a butt load of chocolate. The announcement's been reported in the Bookseller who strangely focused on peripheral elements of the story - sometimes I just despair about modern journalistic standards.
This is the National Book Awards website which inexplicably hasn't updated it's own news story yet(1). There will be a TV show on one of the Channel 4s so there's a slim chance that my large presence may hove into view at some stage.

I shall keep the 3 of you posted.
(1) They probably have by now.
Posted by Ben Aaronovitch 3 comments:

Riding With My Sister: Reading on Monday

Andrew Cartmel is staging a reading of his latest comedy 'Riding With My Sister' at the White Bear on Monday the 16th October. I'm hoping to mount a production of this work, that's how much I like it, early next year - so you support would be welcome.

To reach by Tube:
Two minutes walk from Kennington Tube, on the Northern Line. Kennington is one stop from Waterloo.
To reach by Bus:
The 133, 159, 109 buses stop nearby.

To reach by Rail:
Elephant and Castle Train Station, then bus.
Posted by Ben Aaronovitch 1 comment:

I was watching Castle one week and there was a character, a former career criminal, who was being forced back into a life of crime by a much nastier career criminal. The sympathetic criminal was white and the nasty irredeemable criminal was black. Now I immediately jumped to a conclusion, I don't think I need to tell you what it was, but then I wondered if I was correct.
Since being on the wrong side of the pond I tend to see American shows at widely separated timed from when they are first broadcast I pitched this idea to an American friend of mine and they've agreed to compile the statistics for me. I might verify the figures as and when the episodes become available in the UK.
Who's counted
Any speaking criminal character or one who is identified by name. Mooks, in such shows as Hawaii 5.0, aren't counted unless they do something more interesting than pop-up like a paper target on Hogan's Ally.
The criminals are first broken down by nationality into American and non-American and then into white and non-white. European Latin American characters (Argentinians and the like) count as white. This is all going to be subjective so you mileage may vary. The actual criminal categories are as follows:-
Sympathetic: an ex-con forced back into the life by overwhelming circumstances, a person driven to extreme acts by abusive partners or bosses or just someone who snaps in a manner that we can both understand and empathise with.
Unsympathetic: Someone who commits a crime, possibly only one time, out of greed, or love or fear. Somebody who, under different circumstances, might have been us but chose badly and did something morally reprehensible.
Vicious: serial killers, sadistic mobsters, psychopathic gang leaders etc.
Career: mafia soldiers, gangbangers, street punks, people from the wrong area without an alibi.
Evil Brit: I don't think this needs an explanation (except that terrorists from Northern Ireland technically count).
Finally a non-criminal character who turns up with such regularity that I thought it would be interesting to do a crude count. This is the OBW or Obstructive Black Woman; this is a one or two scene character, often in a minor position of power, who gets in the way of our hero and has to be circumvented (and preferably humiliated into the bargain).
September saw the tail end of a couple of series and the start the new seasons. These are the ones my friend watched. The Closer, The Glades, Rizzoli & Isles, Burn Notice, The Protector, Alphas, Castle, Hawaii 5.0, Unforgettable, The Mentalist, Prime Suspect, Person of Interest, Blue Bloods and Against the Wall.
Total number of criminals 87.

There were 4 Evil Brits making them 5% of all criminals but this is probably an artefact of Alphas which does love itself some Evil Brit.
There were also 4 Obstructive Black Women (counting the new Lieutenant in Castle only once).
Conclusions: the sample size is too low for anything to definitely emerge, I will point out that the vast majority of criminals are white but non-white criminals are much more likely to be career criminals than anything else.
Posted by Ben Aaronovitch 2 comments: