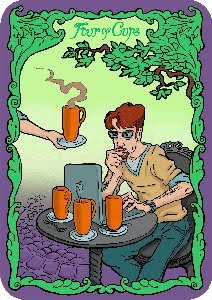 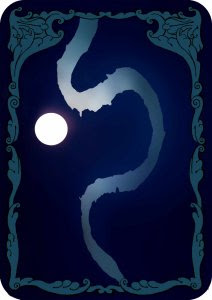 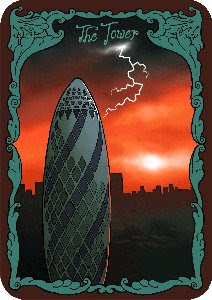 Here is some of the Tarot inspired artwork that my friend Bede has done for the upcoming website (which will be located here). The website will contain many, many, interesting things mostly about my books but I'm hoping to diversify as time goes on.
Posted by Ben Aaronovitch 6 comments: 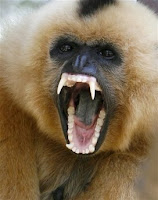 If you love a good generalisation you can divide the people that work in the Film and Television Industry (1) into 4 main types: talent, deal-makers, gibbons and and hamsters.
Talent is just what it sounds like, these are writers, cinematographers, editors, actors, scene designers all those that make creative input(2) into the project. The level of talent is, of course, variable but what they contribute is self-evident.

Deal-Makers are people whose principle skill is making deals and this is vital to any production of anything. The best deal-makers are masters of organisation and while often not talented themselves are capable of recognising it in others. To put it in script writing terms when a deal-maker reads a script he/she can tell you whether its any good and how it might get made. What they contribute is the project itself.

Gibbons(3) are usually executives who are neither talented or able to spot talent. They might actually be quite good at making deals but since they can't tell the difference between shit and sugar their product will only be any good by accident. Furthermore their principle concern is with their own status and thus they are perfectly happy to stay in the development spin cycle forever. Just so long as they can eat lunches, do meetings and work through their dominance issues.

Hamsters are essentially passive agressive gibbons who usually rise up through the ranks of a media company tucked away in a handy bodily cavity of a gibbon or a deal-maker with low self esteem.
In the next post we shall discuss the all important gibbon ratio.

(1) I suspect you can do this in most industries but I don't have experience of them.
(2) And I don't include giving your opinion at a meeting here.
(3) With apologies to the Hylobatidae family here.
Posted by Ben Aaronovitch No comments: 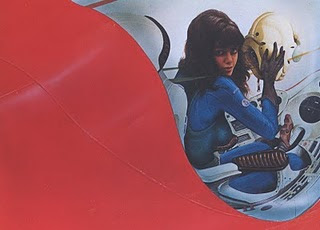 The five of you who've read Genius Loci will know all about Pinky and Perky the two terraforming machines that play a small but crucial role in the plot. They're also a really classic example of subconscious idea theft and it's taken me a while to pin down where they came from. Now the image of the implacable building machine came from numerous sources not least the logging, spider, walking thing from an episode of Thunderbirds but the indelible idea - a machine building in a straight line across alien continents - came from a book I never owned and never actually read. At least not all the way through.

The beauty of the modern internet age is that you can google a series of vague recollections from your childhood and discover that that image comes from Planet Story, written by Harry Harrison and illustrated by Jim Burns. I think it belonged to the father of one of my schoolfriend's and I don't believe I ever read it all the way through. Still something must have stuck.

This is an illustration of just one inspiration for just one element of just one novel. It takes literally hundreds, if not thousands, of ideas to construct the world of your story and this is why whenever somebody asks a writer - 'Where do you get your ideas from?' They tend to give them a blank look.
Posted by Ben Aaronovitch 2 comments:

Things for next year - The Heroes

I try, as best I can, to avoid buying books in hardback. It's not the price but the size and weight that deters me. Anyone who's tried reading A Game of Thrones or The Evolutionary Void on the tube will attest to the dangers of wrist strain and, worse, the risk of serious injury to one's fellow commuters.

Still there are some authors for whom I just can't wait and Joe Abercrombie is one of them. I'm looking forward to another cynical, black nailed, foul mouthed and blood soaked chapter in the history of the world of the First Law which, according to Amazon, will be mine in March 2011.

Apparently it's actually available from January - so much better!
Posted by Ben Aaronovitch No comments: 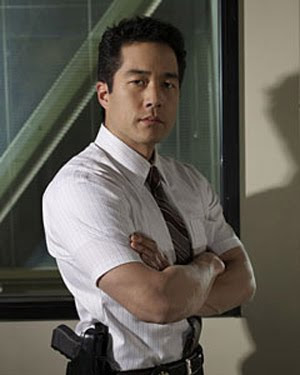 I love 'The Mentalist' but fun as it is to watch Patrick Jane playing his mind games or sparring with Agent Lisbon I always find myself waiting for the scene where Agent Cho sits down in an interview room and tears a suspect limb from limb - metaphorically of course.

Actor Tim Kang plays Cho as a solid brick of a character, not inscrutable but completely self-contained. A man, you feel, who sets himself goals and then reaches them by following the most straight-forward route available.

I live in fear that an executive somewhere will feel that the character needs to be 'developed' at some point. More Cho, yes please, diluted Cho, no thanks - an episode composed entirely of one interrogation - I could go for that.
Posted by Ben Aaronovitch No comments:

I recently read an interesting article about the importance of the first line of a book in getting you published. In the time honoured tradition of writers everywhere I immediately attempted two things; a) to relate the article to my own work and b) come up with something quick and easy to blog. So here is my solution... the first line of every book or short story I've ever written.

The old man had a shock of white hair pulled back from a broad forehead; startling eyes glittered in a severe high cheek-boned face. (1990)

Proof positive that you really do get better with practice.

The Doctor stood alone on a Devonian beach and tried to persuade the lungfish to return to the sea. (1992)

According to the old woman there had once been a leopard that fell into a trap. (1995)

It should have been raining the day they put Roz into the ground, not bright and sunny under a blue sky. (1997)

It should have been a full stop after the word ground, not additional contrasting clauses which should have come later.

When in doubt steal(1) - in this case from a Nobel prize winning author. I really have no shame.

They set a post-hound on Benny's trail on Tallyrand, slotted it to her biometrics and the colour of her hair. (2006)

More blatant theft; can you see who I'm stealing from here?

While she was waiting, the girl passed the time by counting the thermonuclear warheads as they went gliding by. (2007)

I think the second one sets the tone of the story well.

It started at one thirty on a cold Tuesday morning in January when Martin Turner, street performer and, in his own words, apprentice gigolo, tripped over a body in front of the West Portico of St Paul’s at Covent Garden. (2011)

The Sweet Scent of Blood by Suzanne McLeod 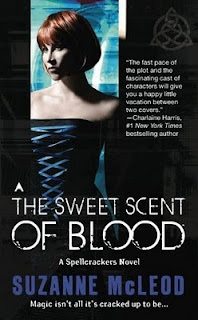 Some people, when writing urban fantasy, like to keep the magical aspects of their world low key and subtle. They aim for a certain understated elegance whereby the fantastic lurks in interstices of the mundane world.

Other people say 'Oh bondage up yours', rip the kitchen sink from the wall and fling in to the bubbling cauldron of story. Susanne McLeod is one of the loud people her spellcracker.com series is filled to the brim with witches, fey, sorcerers, vampires, trolls and the sort of colour that is usually the preserve Jack Vance and people who are seriously off their meds,

Now others have taken this approach and have ended up with either a thick, brown, unappetising mush or a novel so weighed down with cliché that it slips from your fingers and, in defiance of Isaac Newton, falls sideways to strike the opposite wall with enough force to rattle the windows.

McLeod dances past these pitfalls and delivers a book where the weight of the concepts is transmitted perfectly down the arm of story, into the fist prose that connects smartly with the rubbery nose of reader enjoyment. And with my metaphor slipping slowly into the west I think I'm going to stop here...
Posted by Ben Aaronovitch No comments:

Midnight Riot
Ben Aaronovitch, Del Rey, $7.99 mass market (320p) ISBN 978-0-345-52425-6
In this fast-paced paranormal police procedural, Aaronovitch introduces Peter Grant, a rookie cop who can see ghosts. This unusual talent saves him from a potential life of office work when Chief Insp. Thomas Nightingale sends him for wizard training. Britain's police force has long known of the supernatural, and Grant is to assist Nightingale in solving many of London's magical problems--most notably, the mysterious string of violent attacks that tend to end with the perpetrator's face falling off. As the brutal epidemic spreads, Grant must race to finish his magic lessons and solve an ages-long dispute between the rivers of Britain. Though the novel sometimes feels just a little too jam-packed with plot points and adventures, it's witty, fun, and full of vivid characters, and the plot twists will keep even seasoned mystery fans guessing.
Posted by Ben Aaronovitch 1 comment: 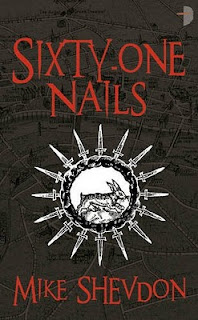 When I first conceived the idea of an urban fantasy set in and around Covent Garden I did so secure in the knowledge that, if nothing else, at least the setting would be original.

Imagine my horror when, a mere 10,000 words into my magnificent octopus, the very personable Mike Shevdon turned up in my shop and thrust an ARC of his first novel into my hands. It's an urban fantasy, he told me cheerfully, set in and around Covent Garden.

I said thank you through gritted teeth and promised faithfully to make sure I ordered lots of copies and put them face out. That evening I started reading on the bus home in the hope that it would be terrible but unfortunately it wasn't.

It was actually very good - damn!

Beautifully researched, meticulously plotted and paced to keep you in suspense until the very last page this is an excellent book and I'm looking forward to reading the sequel.
Posted by Ben Aaronovitch 2 comments:

My new web site now has a holding page so at least people will know where it is. I'll add content over the next month so that hopefully by January it will be an all singing and dancing site.
Posted by Ben Aaronovitch 1 comment: