I Have No Excuse For Posting This At All...

Nor do I feel I need one. 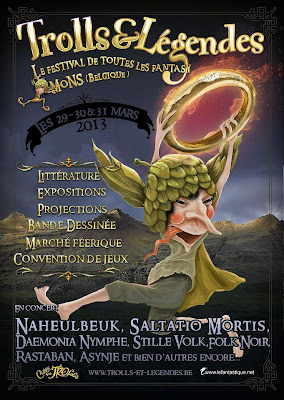 Once again avec moi Francaise mal! I shall be attending the Trolls & Légendes (note the pretty accent over the e) Festival in Belgium on the weekend of the 29th March. There I shall be mingling with the likes of Raymond E. Feist and making myself understood through the simple expedient of talking slowly and loudly at people. So to keep to the format...


What? I have no idea but hopefully drinking the good coffee and eating large meals will be involved somewhere.


Why? Did you not read the bit about the eating and drinking above.

Details: You can find them here!

That's all in foreign! Okay how about here - then.
Posted by Ben Aaronovitch No comments: 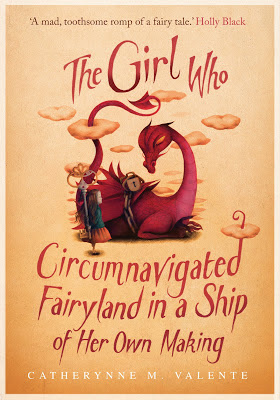 The Girl Who Circumnavigated Fairyland in a Ship of Her Own Making
By  Catherynne M. Valente

September is a twelve-year-old girl, Somewhat Grown and Somewhat Heartless, and she longs for adventure. So when a Green Wind and a Leopard of Little Breezes invite her to Fairyland - well, of course, she accepts (mightn't you?). When she gets there, she finds a land crushed by the iron rule of a villainous Marquess - she soon discovers that she alone holds the key to restoring order. As September forges her way through Fairyland, with a book-loving dragon and a boy named Saturday by her side, she makes many friends and mistakes. But while she loses her shadow, her shoe and her way, she finds adventure, courage, a rather special Spoon, and a lot more besides . . .
Posted by Ben Aaronovitch 3 comments:

Films That I Like: The Brother From Another Planet 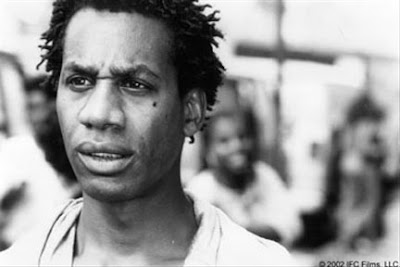 The Brother From Another Planet (1984)
Written and Directed by John Sayles.


I remember going to see this several times when it was first released. Made for $350,000 and filmed on location in New York. It's a rambling structureless film that loses it's way in the third act by, ironically, trying to impose a conventional story on itself.


What drives the film is the device of making the Alien, played by Joe Morton, unable to speak so that he spends the film listening to the stories of the characters around him. Thus the film becomes a series of vignettes as the inhabitants of Harlem tell him their life stories, their hopes and dreams. His willingness to listen allows him to assimilate into his environment much more effectively than if he was constantly trying to impose his own viewpoint. This is contrasted with the two white businessmen who wander into a Harlem Bar by accident and never shut up long enough to learn anything at all.

Other highpoints are the alien bounty hunters, and their ultimate fate, the sequence on Ellis Island and what the Alien does with the record sleeve.

These are titles that have caught my eye by authors I like.

Ten-year-old twin sisters are murdered outside their school. But they aren't just anyone's kids, they are gangster Stanley Lewis' daughters. When a rival gangster is arrested Stanley vows to take revenge. But his dad, feared villain Kenny Lewis, thinks there's more going on. So he contacts the one group of people who he trusts to help him find the truth...


Jackie, Anna, Roxy and Ollie. Four women with shady pasts who take the cases people don't take to the cops. They enter a world of easy sex and even easier violence where everyone, including the Lewis family, are hiding secrets. Then Jackie's son, a friend of the dead girls, disappears.

The Complaints by Ian Rankin

Nobody likes The Complaints - they're the cops who investigate other cops. Complaints and Conduct Department, to give them their full title, but known colloquially as 'the Dark Side', or simply 'The Complaints'. Malcolm Fox works for The Complaints. He's just had a result, and should be feeling good about himself. But he's middle-aged, sour and unwell. He also has a father in a care home and a sister who persists in an abusive relationship.

In the midst of an aggressive Edinburgh winter, the reluctant Fox is given a new task. There's a cop called Jamie Breck, and he's dirty. Problem is, no one can prove it. But as Fox takes on the job, he learns that there's more to Breck than anyone thinks. This knowledge will prove dangerous, especially when murder intervenes.
Posted by Ben Aaronovitch No comments: 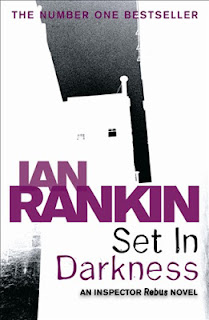 Set In Darkness
by Ian Rankin

Edinburgh is about to become the home of the first Scottish parliament in 300 years. As political passions run high, DI John Rebus is charged with liaison, thanks to the new parliament being resident in Queensbury House, bang in the middle of his patch.

But Queensbury House has its own, dark past. Legend has it that a young man was roasted there on a spit by a madman. When the fireplace where the youth died is uncovered another more recent murder victim is found. Days later, in the gardens outside, there is another body and Rebus is under pressure to find instant answers.

As the case proceeds, the Inspector finds himself face to face with one of Edinburgh's most notorious criminals...
Posted by Ben Aaronovitch No comments:

The re- release of the first ever novel(ish) length thing I'd ever written caused me to think about the only other book of mine that hasn't been pulped. I was very pleased with it at the time and for me it's a shame that it's not better known. So for those of you who had never heard of this magnificant octopus I give you.... 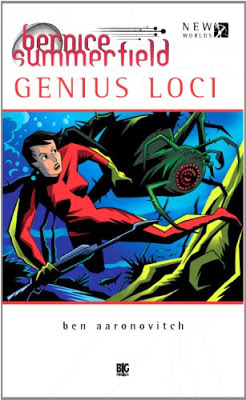 One day she will bring down empires and decide the fate of the universe. One day she will be feared by the creatures of evil and revered wherever people have had just a little bit too much to drink.
But all that is yet to come...
Right now Bernice Summerfield is 21 years old and living hand to mouth and drink to drink. Offered a job beyond her qualifications she is lured out to the backwater planet of Jaiwan where nothing has ever happened - ever.
There she joins a disparate team of archaeologists who have just discovered that the planet of Jaiwan may have been just a tad more interesting than people thought. This could be Benny's big break and her ticket to a proper career in archaeology.
That's if archaeology doesn't kill her first.

It's available on Amazon or direct from Big Finish.
Posted by Ben Aaronovitch 3 comments:

Tomorrow: A Blast From The Past

Twenty-three-ish years ago I was offered the chance to write the novelisation for my own Doctor Who story. Apparently this had become standard practise and I, being young and arrogant, jumped at the chance to have someone else pay me to learn how to write novels. It never occurred to me that I would do a bad job or that it would be hard work proving once more that ignorance is bliss, experience is the best teacher and that sometimes, if your lucky, you can get away with it.

So for the 50th Anniversary of Doctor Who they are re-releasing my first ever novella (it's less then 60,000 words long) for a whole new generation of Who fans to ask themselves that crucial question....

Who the f**k is Ben Aaronovitch? Remembrance of the Daleks
By Ben Aaronovitch


With unfinished business to attend to, the Seventh Doctor returns to where it all began: Coal Hill School in London in 1963. Last time he was here, the Doctor left something behind – a powerful Time Lord artefact that could unlock the secrets of time travel. Can the Doctor retrieve it before two rival factions of Daleks track it down? And even if he can, how will the Doctor prevent the whole of London becoming a war zone as the Daleks meet in explosive confrontation?

An adventure featuring the Seventh Doctor as played by Sylvester McCoy and his companion Ace. 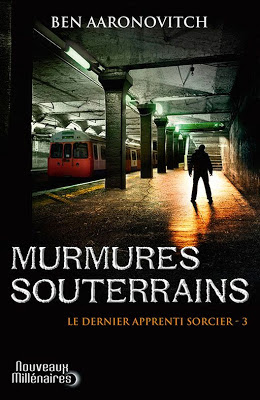 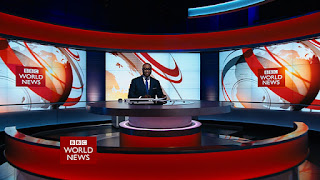 I actually stopped this project at the end of January. I believe my point, that London is not unduly favoured by the BBC 6 O' Clock News, has been made and that my research protocol is really not sophisticated enough to glean much information beyond that.

In terms of raw minutes of coverage London and the North-West remained neck and neck through out the monitoring period.

If we adjust for population, so that 1.00 means that a region gets exactly the same percentage coverage as it has percentage of the UK population, we find that London comes 6th in the table. There is also a dramatic bias towards the so-called Celtic Fringe and that it is the Eastern parts of the UK that are the most neglected.

Who? Me..... and Dan Abnett, Terrence Dicks and Gary Russell!

What? Massively signing our 50th Anniversary Doctor Who Books AND anything else you want us to sign!

Police Constable Lesley May
You climbed on the ladder
And you know how it feels
To get too high
Too far too soon.