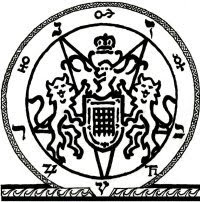 I'm not going to reveal any plot details except to say that it's a contemporary fantasy set in modern London. Over the next month or so I shall be hawking it around literary agents in the hope of getting a bite, that done the, at this moment hypothetical, literary agent will hawk it to publishers in the hope of getting it published.
So while this process starts its back to the day job, Blake's 7 and Terra Incognita; Chapter Two; In the colonies a trench was a small hole in the gound, two metres by ten was considered a handy size, five by thirty if you were feeling ambitious. On Earth they didn't do it that way at all...
Posted by Ben Aaronovitch 2 comments:

Just back from seeing the Evil Monster Boy in his school's production of a Midsummer Night's Dream. It was done in the promenade style where the audience walks from scene to scene and I could tell that the cast were having a lot of fun. Predictably the school extroverts were cast as Puck and Bottom but Oberon and Titania managed to carve out some space for themselves. Of the Athenian lovers props goes to the young woman who played Helena as a stocky spitfire all sad romantic longing crossed with barely suppressed rage at the unfairness of it all.

While I was waiting for the Evil Monster Boy to get changed I suddenly realised that I'd once played Sly in a performance of The Taming of the Shrew with a cast that featured, amongst others, the future Mrs Brown, in that very same hall. I wonder how my son's cast will fare in the next 25 years.
Posted by Ben Aaronovitch No comments: