You can now download a sample of the German text of Rivers of London (Midnight Riot) at the DTV website here.
The sample is a pdf accessed by clicking on Druckansicht (PDF) near the bottom of the page. Also available is a flyer for impressing your German friends with and a big image of the cover which I think is rather splendid.
According to the website publication is January 2012 which I shall confirm when DTV give me a firm date.
Posted by Ben Aaronovitch No comments:

Hang on a Moment

I frequent cry I hear during the Leveson Inquiry is that the public were as much to blame as the press - after all are we not celebrity obsessed. Is this not what drove the law abiding journalists to stoop to such low and immoral acts.
I call bollocks(1). The News of the World had a circulation of 2.8 million and the adult population of the UK is 51 million so that means that only 5% of adults bought the paper. This does not constitute a majority. Even if 3 people avidly read the paper (by presumably nicking it off the guy who did buy it) then that's still 20% - still not a majority.
I'm not saying that there's not a market for celebrity gossip but I'm increasingly doubtful that the culture is quite as celebrity obsessed as the media likes to believe. Certainly the media is celebrity obsessed but then they're drawn from a narrow demographic already(2).
So next time that someone insists that 'we're to blame' ask them if they can prove it.
(1) That's bullshit in American.
(2) Not going to go there.
Posted by Ben Aaronovitch 2 comments: 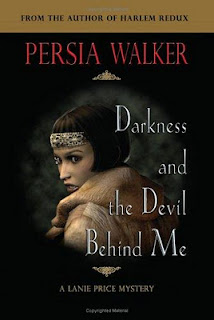 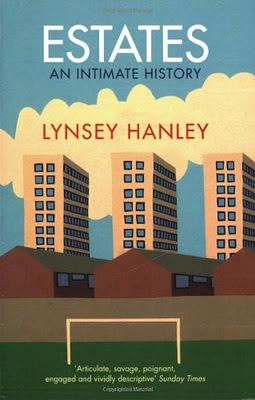 I'm currently reading two books; Estates: An Intimate History by Lynsey Hanley as part of my background research for book 4 and Darkness and the Devil Behind Me by Persia Williams because I've always been interested in the Harlem Renaissance but have never really had time to do any research.
I know that Nightingale was 'working' in New York in that era and I've seriously considered a short story based there but I haven't found a 'voice' for the piece yet.

There really is nothing half as good as a well researched historical thriller for painlessly imparting historical information. Providing you hit the books before you actually use any of it.
Posted by Ben Aaronovitch No comments:

The Joy of Rewrites 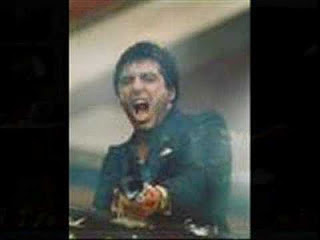 You want your rewrites! I've got your rewrites right HERE!
Like many writers I approach the prospect of rewriting my work with emotions that run the gamut from fierce dislike to fear and loathing. Nobody I know likes to rewrite, particularly to order, and those that do need to be kept under observation. Remember the strange guy who's neighbour's say (while the police dig up his back garden) he seemed like such quiet man, kept himself to himself? That's the kind of person who likes doing rewrites.
The reason for disliking rewrites are reasonable and sound. In the first instance my work was perfect when I handed it in - you can't improve upon perfection and thus any suggestion that you can is not only personally insulting but also an offence against god himself!(1)
In the second instance by the time I've finished a novel I'm so tired of the material that the mere thought of going back to it make me physically sick. Like all wounded animals a writer will become vicious if pushed - like terrorist bomb-makers fiction editors are a profession signified by missing fingers.

In the third instance just as fat man immediately forgets his last meal and starts dreaming of the next(2) so an author is already working on the next book. I don't know a writer who doesn't start thinking about the next book even as he's struggling with the last half of the first, possibly because he is struggling.

The real problem with rewrites is that sooner or later, just like George Takei, you will have to fucking do them. Unless of course you get rich enough to afford the famous Protection from Editors CardTM.

(1) The theological argument is as follows: since only God can be perfect and my first draft was perfect then I must be god QED.

Being the Chosen One is Grimm 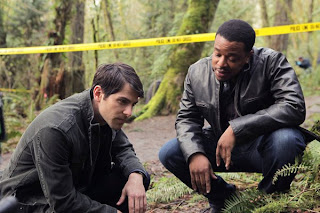 Grimm, read the script for the pilot and didn't like it. Was given a preview of Episodes 1 and 2 and... It could go either way but why?
Grimm suffers from excessive destiny syndrome. Life Buffy Summers our hero is the Chosen One, of the pure and wondrous bloodline of the Brothers Grimm who can see the monsters for what they really are etc etc. If Grimm stood magnificantly alone this wouldn't be a problem but since we are drowning in people with inate powers who have been chosen by fate to... whatever it is they are chosen to do it comes across as a tad stale. He has a black best friend as well, wouldn't it be nice if the black guy has the special powers for a change but that's a whole different rant.

So why am I planning to watch this series when it finally washes up in the UK as part of some package that Channel 5 bought in order to get something they really wanted?

Because there's a reformed big bad wolf living in his town who has all the best lines, all the best scenes and is, in fact, a much better character than our hero, his black best friend and his wafer thin girlfriend.

The bit where he rips the guys arm off and stares at it as if deciding whether to eat it or drop it was worth wading through the hero angst that permeates the rest of the story. I suspect that over the course of the season it will turn into a buddy series between the two...

He's a cop with secret family history and second sight, he's a big bad wolf trying to go straight, together they fight crime.

If I was the black best friend I'd start looking for a new job.
Posted by Ben Aaronovitch 3 comments: 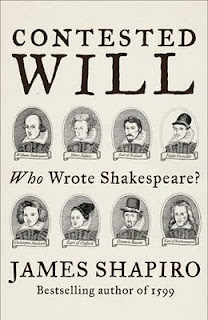 Weirdly I was inspired by a Roland Emmerich film, not that I've got round to seeing it yet, to get what I've been told is the difinitive story of the debate about Shakespeare's authorship.