This is the American cover of my second book which will be published in February/March. Just to clarify; the first book will be titled Rivers of London in the UK and Midnight Riot in the US.

Del Rey have informed me that this isn't the finished cover so I'm taking it down until the official cover is released.
Posted by Ben Aaronovitch 3 comments: 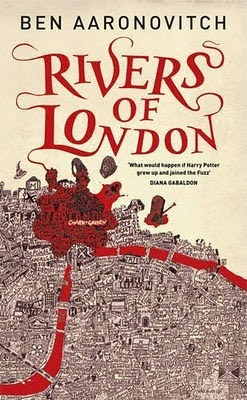 This is the UK cover for my upcoming novel 'Rivers of London' which will be available from all book stores, good, bad and indifferent, from January 20th 2011.
Posted by Ben Aaronovitch 6 comments: 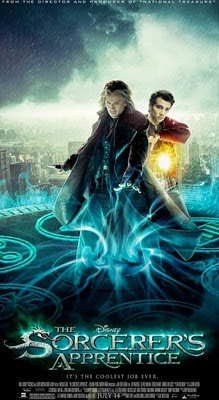 I've always felt that a great many modern films could be improved by the judicious snipping of about twenty minutes of material from the final print. If you see a film with a running time of over 2 hours its often a safe bet that the surplus is superfluous - I'm looking at you Cameron.

The Sorcerer's Apprentice is an exception, there are obvious gaps where chunks of character development have been pruned out and the movie suffers as a result. In this case I would welcome a bloated self indulgent Director's cut.

Not that the film is perfect it has a pointless and grating prologue which adds no information that is not given later and does nothing except drain tension from the narrative. That has the strong stink of the gibbon about it.

Less easy to blame on the hooting of the studio primates is the lacklustre and oddly static climax but in this the Sorcerer's Apprentice is hardly alone; many recent action films including the A-Team and the last two Bonds have ended with action sequences that were less exciting than those that preceded them.
Posted by Ben Aaronovitch 1 comment: