What the [deleted] is a Ford Asbo?

I recently got a request to stick a glossary at the end of my books. Now I'll do that when they start putting them in Ed McBain's books but I'm not totally heartless.


If you're not British and you want an explanation for a term or a word that you've read in one of my books then ask in a comment below. I'll see about setting up a page with the explanations.

The management reserve the right to be sarcastic - you have been warned.
Posted by Ben Aaronovitch 12 comments: 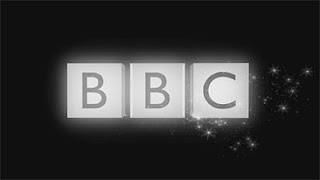 Well you probably know the drill by now but if you don't you can check here, here and here...


Well trends continued much as they have before but with London creeping up the minutes per million population chart and the South West getting a lot of flood coverage.


There's a definite bias towards the so-called Celtic Fringe at the expense of the East of the country (nobody likes those Danes do they) but the coverage is still primarily following natural disasters and juicy murders.

Given how the regions bop up and down the rankings we're still a long from proving my hypothesis (that Northerners are wrong to moan about being neglected by a London centric media in case you've forgotten) is far from proven to my satisfaction.

UPDATED 31/12/2012
As requested below I have added National Averages for Total Minutes and Mins/Pop.

Scotland was above the average until December and I suspect it will go higher in the New Year when the independence debate ratchets up.

Currently Reading: A Crown of Lights 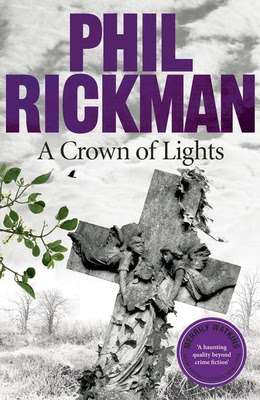 A Crown of Lights
By Phil Rickman

'This receptacle was found in the wall beside the fireplace. It has been suggested you may wish to restore it to its proper place.'

When a redundant church is bought by a young pagan couple, the local fundamentalist minister reacts with fury. In an isolated community on the Welsh border, a modern witch hunt begins. Diocesan exorcist Merrily Watkins is expected to keep the lid on the cauldron... but what she finds out will seriously test her beliefs.

Also, there's the problem of the country solicitor who won't be parted from his dead wife. The mystery of five ancient churches all dedicated to St Michael, slayer of dragons.

And a killer with an old tradition to guard...

I really like these books. I particularly like the way the heroine careens through her life like the a ball in a game of pinball.
Posted by Ben Aaronovitch 3 comments:

Currently Reading: Midwinter of the Spirit 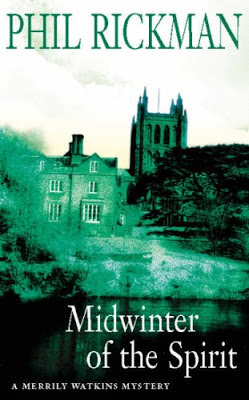 Midwinter of the Spirit
by Phil Rickman

Blurb: When offered the post once styled 'diocesan exorcist', the Revd Merrily Watkins - parish priest and single parent - cannot easily refuse. But the retiring exorcist, strongly objecting to women priests, not only refuses to help Merrily but ensures that she's soon exposed to the job at its most terrifying.

And things get no easier. As an early winter slices through the old city of Hereford, a body is found in the River Wye, an ancient church is desecrated, and there are signs of dark ritual on a hill overlooking the city. Meanwhile, reports of psychic unrest in the Cathedral itself - where the famous shrine of St Thomas Cantilupe lies in fragments - reflect an undying evil lying close to the heart of the Church itself.

The knife edge Phil Rickman walks is the most impressive things about these books. He's very careful to ensure that the supernatural explanations are never clear cut. Like the characters themselves you have to take a great deal on faith. Much like real life in fact.
Posted by Ben Aaronovitch 3 comments:

My ongoing and slightly masochistic project to determine the level of London-centric bias in the BBC News. The first month is here and the second here. The weekly variation remains high with natural disasters and grisly murders being the principle factors behind where the camera goes. I have a horrible feeling that six months may not be enough but we shall see.

The raw figures show the North West still dominates with London, Wales and Yorkshire fighting it out for the next two places. However if we adjust for population and go to the minutes coverage per million population...

If we look at the adjusted rankings month to month....


It becomes obvious that the initial thesis, that a London centric media gives undue bias to London stories look a bit suspect. The counter-moan, that now that BBC News has moved to Salford they've become Manchester-centric, is far from proven given the apparent dominance of Wales.


It is clear what part of the country is ignored and that is the Midlands, the East and the North East. In fact it would be fairer to say that the media has a western bias than a southern one.

ADDED 14:00 03/12/2012
I received a tweet this morning complaining that the inclusion of Bristol distorted the figures for the South-West region and that Devon and Cornwall were unfairly excluded from news coverage. Fortunately my notes were detailed enough to seperate Devon and Cornwall and quote seperate figures.

Devon and Cornwall have a population of 1,671,000 - about 3% of the UK's population and received 16.63 minutes of coverage or roughly 4% of total. Their minutes/million population rate was 9.95 putting them 4th in the league table - two places above the South-West Region.