I wanted to be a Paperback Writer 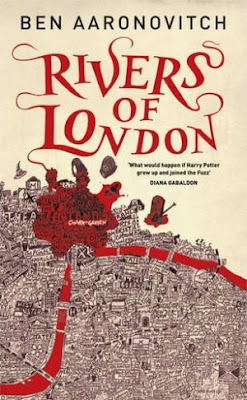 For months now people have been coming up to me in the street and saying: "I'd really like to buy your book if only it was smaller and cheaper." Well WISH GRANTED! From today the travel sized version of Rivers of London is available from WH Smith, Waterstones, the non-snobby branches of Daunts, a nice bookshop I just discovered in England's Lane and many other worthy outlets.

(1) Obviously it's been small in America for some time.

*BIG* *BIG* payday to come in late September. Tell your publishers/distributers that one of their outlets can expect to receive about 1% of it. =:o}

{HAS A SUDDEN THORT]

[MENTALLY COUNTS UP NUMBER OF SUCH 1%s THAT HAVE ALREADY BEEN PROMISED TO SUNDRY FRIENDS AND CREDITORS. RUNS OUT OF MENTAL FINGERS. GUESTIMATIZES WILDLY... RELAXES, AS IT CAN'T POSSIBLY BE BE MUCH MORE THAN 1 OR 2 THOUSAND.]