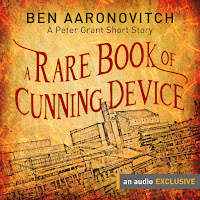 Or why sometimes your characters know more than you do.

Aspiring writers are often advised to write a biographies of their characters and this can be good advice. Especially when you are stuck or just at that noodling stage when the work is just an amorphous stew of ideas and intentions(1). Again, when writing a long work or a linked series a bio can be handy for working out how old they are in comparison to other characters or reminding you what their hair colour, dad’s job etc is supposed to be from book to book.

Sometime characters spontaneously arise as if out of nowhere but there’s always a catalyst or trigger event. The thing is that you’re usually so pleased to see them you don’t make a note of what caused them to be created. In the case of Elsie “Hatbox” Winstanley the trigger was so tangential as to stick in my mind.

It started with Peter’s Mum(2) who didn’t have a name. Well she did have a name, ironically, it was in the bio I did for her while I was writing Moon Over Soho, but Peter, being her son, never referred to her as anything else other than ‘mum’.

This absence of a name caused some stress amongst my readers who complained that it was inherently sexist that such prominent female character had no ‘canon’ name(3). So I decided that at the next opportunity I would I have someone say her name.

The next work on the bench was a Rare of Book of Cunning Device, a short story that I was writing as a charity fundraiser. I decided pretty much to put her name into the mouth of the first character that came along and thus I wrote.

‘So you must be Mamusu’s boy?’ said the Librarian.

Peter is taken aback that someone would use his mum’s African middle name rather than the English name she put first on her passport all those years ago. Now she could have been a Sierra Leonean herself but it was too late because in the space between writing that line and the next…

‘I knew your mum back in Freetown when she was just a wee slip of a girl,’ she said.(4)

…Elsie “Hatbox” Winstanley had created herself in my head. I knew everything important there was to know about her just as I had when my gingery Scottish pathologist introduced himself as Dr Abdul Walid or Beverley Brook turned up in her mother’s front door wearing a T-shirt with WE RUN TINGZ printed on the front.

So sometimes, yeah, you’re writing a bio and carefully crafting characters to reflect the themes of your storytelling and to fit the intricacies of the plot.

And sometimes they spontaneously create themselves and with a two fingered salute they hare off down the manuscript scattering plot points in their path like startled sheep. And yes you will end up having to rewrite chunks of text and abandon your cherished outline.

And it will be totally worth it. I know this is true because one day I sat down and spontaneously wrote the line

‘My name is Peter Grant and I am a proud member of that mighty army for justice known to all right thinking people as the Metropolitan Police.’

Which is why, sometimes, when people ask me where the series is going the only answer I can give is – beats me mate, I just work here.


(1) This is because unlike some authors I’m not dead.
(2) That’s Peter Grant from my book series, none of this is going to make any sense unless you’ve read the books.
(3) Or possibly they wanted to include her in Fanfic, or both – they’re not exclusive.
(4) The intervening description was added later.
Posted by Ben Aaronovitch

A great series, which I'm enjoying very much and on which I've hooked a friend. I downloaded the first book when I heard you speak on Radio National about it.

I'd really love to follow your blog via my dashboard(I have my own blog and follow others). It would be easier to follow if you would turn on your followers option, or even offer an email follow option? Just check in settings - please? :-) Otherwise I have to try to work out how My Yahoo will do it and I rarely use my Yahoo account these days, it keeps being hacked.