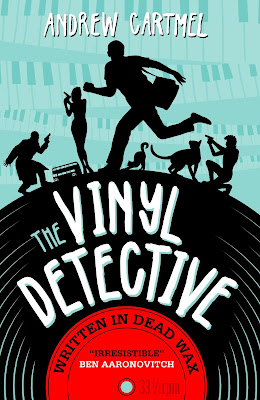 Read Jodi Taylor on your recommendation (https://rodneyssaga.com/2016/01/18/energy-shortage/). Am reading Almost Perfect People, ditto. You have not steered me wrong yet. I will give this a try. Still on pre-order. Added to cart. KTW

I hope Mr Cartmel made it a loooong book, because the gap until the Hanging Tree just got bigger. How come the publishers have moved the date back almost a year?

Happy to report that Mr Cartmel's book is a great read (sadly I have finished it already). The first half has you gripped, that you race to devour the second half. I see a sequel is already in the running, so another book added to my hot forthcoming list. Is there anybody else you'd like to recommend? :-)