I Shall Eviscerate You In Fiction - Part 1 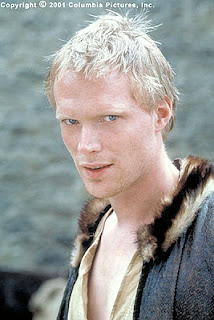 Here is an unpalatable truth about writers - we're not good with criticism. Or to clarify:- criticism of a writer's work drives them to an immediate and almost uncontrollable rage. Any criticism, about any aspect by anybody = psychopathic episode. Any writer who tells you differently is either lying, in denial or being ghosted by somebody else entirely.
I realise that many people are unaware of this from the blithe way that readers, critics and, occasionally, people who sit next to you on the bus flirt with death. I suppose it could be a novel form of extreme sport or TV reality programme(1). In an effort to reduce the number preventable deaths I offer the following safety advice.

If you must criticise an author to his face then be sure to do it at the end of the conversation. The killing rage begins with the first unfavourable comment, beyond that point the writer has ceased to listen to a word you're saying and is instead imagining how good it would feel to rip your arm off and beat you to death with the wet end.
When dealing with an enraged author never, ever, state that you have no intention of buying their next book. The only thing keeping you alive is the squeaky little voice in the author's head that reminds him/her that dead people don't buy books... It's a very tiny little voice at the best of times.

Before making a criticism ensure that you are not alone, standing by a ship's railing, pool of lava or acid bath or conveniently far from any CCTV coverage. Writer's are very weakly socialised and it's only fear of arrest and prison that is holding them back.

Next week - advice for writers on how to vent in safety.

In my opinion you are not right. I am assured. I can defend the position. Write to me in PM.

I think you may have missed the point - sorry.