Back On The Menu

Just a note to say that Terra Incognita or Bernice Summerfield; Terra Incognita Bernice Summerfield as, no doubt, Amazon will list it - is back on the menu. I'm hoping to have the book finished by the end of October 2009 or April 2011 at the very latest. I know that the six people that read Genius Loci are waiting with bated breath and I hope that the book doesn't dissapoint.
Posted by Ben Aaronovitch 7 comments: Links to this post 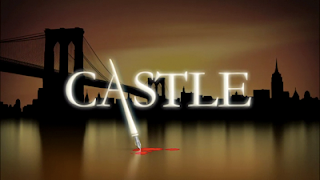 Today's blog has been brought to you by the TV series Castle and the letter N.
There is always a temptation to allow the logic of a story push you into an unnecessary scene. A good example of how this can be averted is demonstrated in Andrew W. Marlowe's script for the pilot episode of Castle.
The series premise, that playboy author Richard Castle will team up with no-nonsense NYPD detective Kate Beckett and solve crimes, is obvious to the audience from before the end of the teaser, thus the only question is how smoothly Marlowe can acomplish the pairing without straining the audiance's willing suspension of disbelief.

Thirteen minutes in (1st turning point for you structure fans) Castle uses his friendship with the Mayor to wheedle his way into the investigation. Now at this point logic dictates that Detective Beckett will object and that, because she is part of a disciplined service, she will take that complaint to her superior - Roy Montgomery. The audience expects it, I was expecting it and indeed Beckett even says the exact line that everyone was expecting...

Logic dictates that Beckett should then talk to her boss and lay out the reasons why her working with Castle is a bad idea only to be over ruled and sent off with a flea in her ear. The trouble is that the resulting scene wouldn't have any real plot or character function - the series focus is squarely on Castle and Beckett the friction should be between them not frittered away on supporting characters. Any such scene will be at least half a page long, probably a whole page and that's out of a 42 minute show.

a) you could write the scene so brilliantly that nobody cares that it's slowing down the plot.
b) have the scene happen off screen and reference it in a couple of lines of dialogue.
c) have it happen on the other side of a glass door so that we can play off Castle's reaction.
Or d) which is Marlowe's solution...

There you go, no scene, no loss of momentum, Montgomery is shown to be in charge and have a sense of humour and the whole audience is on Kate's side because who hasn't been put in a bad situation by their boss(1).

Now stop procrastinating and get back to work! 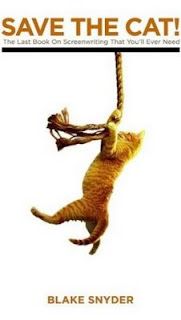 It's much harder to sell a script than a novel because compared to publishing there are many fewer people who can make a go decision by an order of magnitude. There are precisely 4 people in the UK who can, on their own authority, order a TV drama script made. Everybody else you talk to, everybody else you have meetings with, everybody except for those 4 (don't ask who they are) is merely a stepping stone to a final decision by the the people that can. All of these people have opinions, some of them can read a script and some cannot but that is irrelevent - good or bad your script is entirely dependent on their good will to advance. The fact is you could write a fabulous script that was loved by all who read it, championed by a giant in the industry and it could still not be made because one of those 4 didn't like cop shows/SF/men with beards/historical dramas or whatever or may merely have spent their drama budget that year.
If, despite knowing this, you still felt a need to repeatedly bang your head against a brick wall than the book to buy is 'Save the Cat' by Blake Snyder. This is the best common sense book on script writing I have ever read and if you study it closely and understand it properly then you will have the satisfaction of knowing that your rejected script was at least a good one. Then having got this strange urge to hurt yourself badly out of the way you can go do something useful with your life - like accountancy. As I said to the Evil Monster Boy everybody loves an accountant, especially in March.
Posted by Ben Aaronovitch No comments: Links to this post

Throw Mummy On The Train

There is an apocryphal story, attributed to Mark Twain, that in the 19th Century Egyptian steam trains were run by burning mummies rather than coal or wood. It’s an attractive story and so plausible what with the mummies baked dry by centuries of Egyptian heat making them so combustible, the relaxed 19th Century attitude to a nation’s heritage and conspicuous shortage of coal and wood in the Nile valley region. Sadly, as far as I can tell, it’s not true.

Still it does make a wonderful metaphor for the process of writing a novel. When one is in the pit and getting the job done, my max sustained writing speed appears to be 250 centigreenes(1), one is taking concentrated chunks of research and imagination, some of which have been marinating in your brain for decades, and burning them in the engine just to gain that extra 200 words (50 cg).

Now it’s true that many authors, particularly former journalists, can run their engines on pure bovine excrement but even the most seasoned hack must throw in the occasional mummy if they want to avoid leaving the tracks altogether.

It’s when a writer starts to run out of mummies that his or her work becomes moribound, sometimes bloated, occasionally recursive but nearly always unreadable. Many writers complain of what we used to call writer’s block but now goes under the more modern name of Acute Story Deficiency Syndrome or (ASDS).

During the sixties there were brave experiments into drug therapy by such luminaries as Michael Moorcock and Phillip K. Dick and although carefully calibrated doses of amphetamines, alcohol and coffee were deemed to be promising the side-effects were terrifying and are now considered unethical.

The only solution to ASDS is to go tomb raiding and dig up more mummies but that’s a subject for a future blog.

(1) The centigreene (cg) is the SI unit of measurement for writing novels and is approximately 5 words per day. It’s named after Graham Greene who consistently wrote 500 words a day all through his career. Thus a 100 centigreene is a greene and a 1,000 centigreene is a hectogreene, 5,000 words or roughly equivalent to the old imperial measure of one and one third Agathas. It’s important to note that the centigreene is a linear measurement denoting a rate of writing towards finishing your novel. Any other words written - blogs, emails, twitters and faux research are considered a separate vector and don’t count.

Many people have approached me over the years and nearly all of them want to know the answer to one question - are you ever going to lose weight? Those that don't ask this question or fail to be discouraged by my surly disposition invariably go on to ask a second, much harder, question to whit - 'How can I became an almost successful author just like you?'
My first impulse is to grab the questioner by the neck and scream 'What makes you think I want you to become an almost successful author? What makes you think I want the competition? Why don't you just hand me a razor and have me cut my throat now....' And so on. Fortunately nine times out of ten I curb this impulse and avoid having to explain myself to local law enforcement. I then give them the advice that I am about to give now... 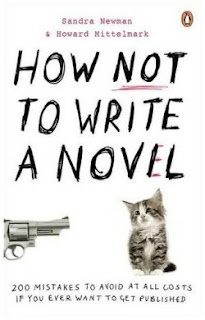 Go out and buy 'How Not To Write A Novel' by by Howard Mittelmark and Sandra Newman. The best book about writing prose since 'The 38 Most Common Fiction Writing Mistakes (and how to avoid them)' by Jack M. Bickham (can we see a pattern here, I think so). The premise is very simple, ask any six successful authors on the best way to write a novel and not only will you receive at least seven contradictory answers but also at least one that involves peanut butter and nudity. However, ask those six authors how not to do it and you will get something close to a consensus.

Once you've bought the book read it twice and then sit down and write your novel carefully following all the advice contained inside. If you do that and send the manuscript out to enough publishers and literary agents, at least 25, and you still aren't published then you're just going to have to live with the fact that you can't write.

Some of you are even now reaching for your keyboard to ask me the best way to submit to agents and publishers - stop right there. Have you bought the book, have you read the book and have you written an entire novel following its advice? I didn't think so. No more questions, less talk more writing - get on with it.
Posted by Ben Aaronovitch 2 comments: Links to this post

People have no idea what is difficult and what is easy in script writing. 'Red Riding', Channel Four's sumptuous serving of deproporn, must have been a relatively easy adaptation. It was sold as 'difficult' and so the audience was primed to expect plots that barely hung together, lots of landscape acting and angst, oh yes, lots of angst. 'Castle', a lovely bit of fluff starring Nathan Fillion, has been constructed with a great deal more care and attention to detail. Ironically because expectations are so low the writing has to be of much higher quality. Anyway I'm really enjoying it and for me that's the most important thing.
Posted by Ben Aaronovitch 1 comment: Links to this post